the fragmented yet lesson-worthy soup & salad of alice notley's poems.

in my mid-december traveling poetry class, we simmered through the sometimes broken apart and detached-seeming stanzas of alice notley. upon diving into notley's poems more, though, it's possible to find hints of the accessible in them, and piecing the feeling-response of those together as the reader, here and there, makes giving time and attention to her writings all the more worth it. plus, we all need a good challenge sometimes and can't expect everything to be simple and clear in front of us. we wouldn't be able to handle the rest of life suitably if that were the case. so it stretches our abilities better to jump into the not as comfortable, the less understood. and when we can relate to any hint of it then, it's a universal hug to our insides via the page.

ellen miller-mack of booklut.com convey's notley's talents reaching down into our bones and blood well in her review of culture of one which shares stories of a homeless woman in arizona. we read other poems by notley during class but also flipped through this book's language tossings. 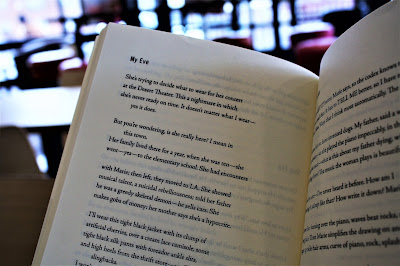 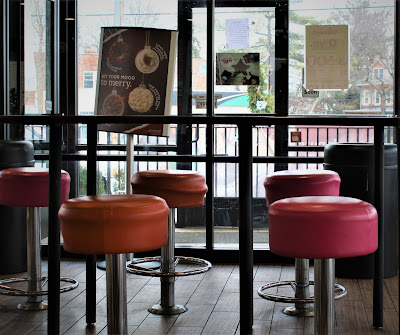 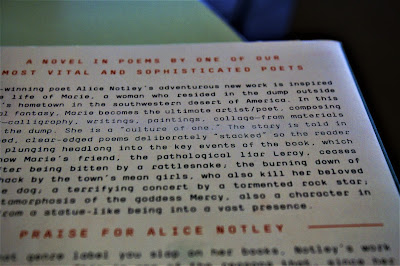 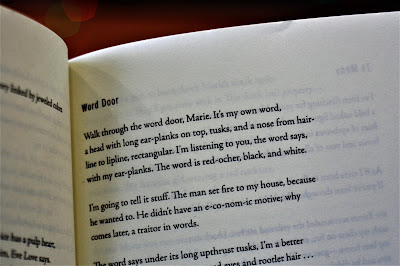 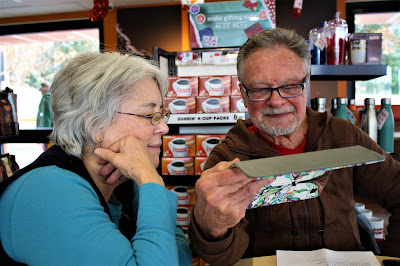 in loud spaces, we tried to listen to a recording of notley
reading a poem in a youtube video on a tablet. tried, we did. 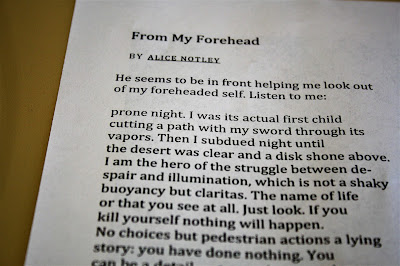 Posted by the garden harlot at 7:36 PM No comments:

january's traveling poetry classes will focus on the works and styles of the famed robert frost and canadian scribe anne michaels. most know the name of frost (sharing his stanzas until he passed away in 1963), and part of one of his poems was used in a voiceover for a sports car commercial not long ago. i stumbled across the poetry of anne michaels after discovering it quoted in a book on CD i was listening to in 2014 called sweetwater creek by anne rivers siddons. and here is a welcome recording of a teenager who created a video by reading several of her poems and discussing them for the audience of the interwebs.

we'll practice reading their poems out loud and will discuss their styles, themes, curious phrasings, and anything else which stands out to us in their poetry. and testing out poems inspired by theirs to bring to class to share is welcome.

during the first class of the month, we'll meet at mario's pizza in boyertown, just like last month. the second class will be at the *new* dunkin' donuts in phoenixville (NOT the 218 nut road location where we met at on the 17th of december). dress plenty warmly in case it's chilly or drafty. ya just never know with temperature nuances. 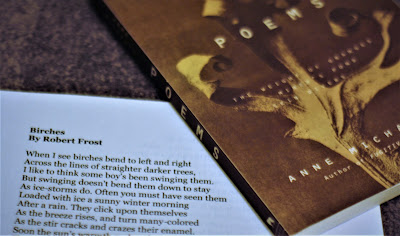 cost: $20 per student, per class (we usually meet for 2 hours or more)

at either class, any other subject is always welcome for the sharing, including other variations of creative writing, too. we pick out the poetry in whatever we read and hear. bringing a few copies of your writings to share is helpful so everyone can read them or share. but just having your original copy to read from is okay, too.

if we ever have oddly inconvenient weather around the time of classes, i will update those who RSVPed to classes in advance to let them know if we are canceling, rescheduling, or relocating.

if you have any questions, feel free to reach out via poetrywithjenniferhetrick at yahoo dot com.

also, if there is anyone who may want to join our class but lives in another area across berks, chester, and montgomery counties, we sometimes travel to a good variety of different places, so let us know, and we can see about planning classes closer to you.
Posted by the garden harlot at 7:16 PM No comments:

in early december, my traveling poetry class enjoyed a sunday afternoon at mario's pizza in boyertown. we went over richard blanco poems and ones inspired by his writings. to recap, blanco wrote and read the presidential inauguration poem for our country in 2013 and did so from a very unique background for getting up to share his words in front of the entire u.s. here is a link to this poetry performance.

and of course, there's eating involved as we nibble our way through poetry in voices more new to us. 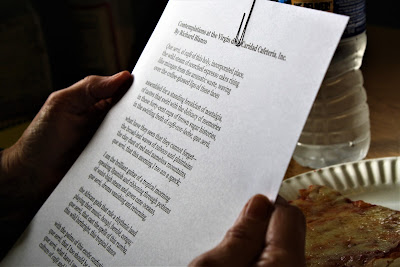 a beautiful poem called "burning in the rain" by blanco. 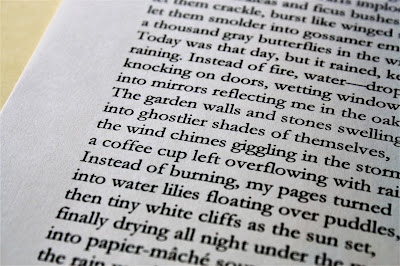 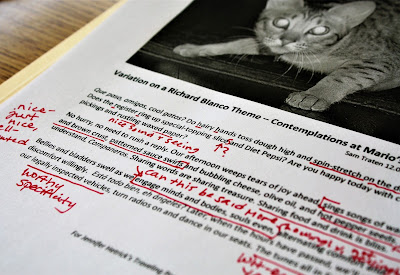 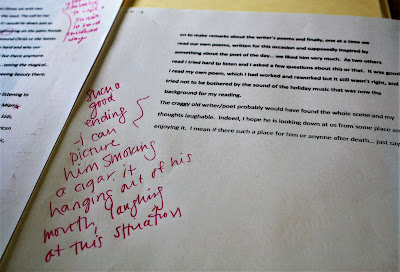 notice the light shining across particles of air. 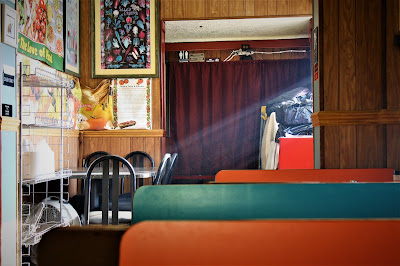 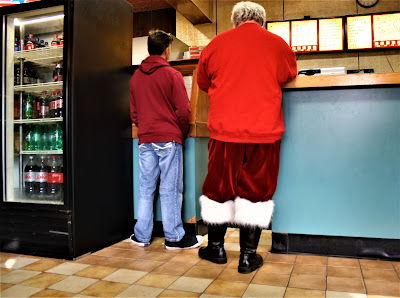 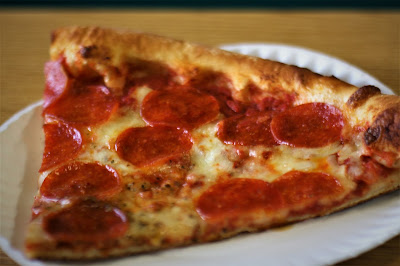 Posted by the garden harlot at 5:33 AM No comments:

unless otherwise noted in points of crediting, all photography seen here is by jennifer hetrick.